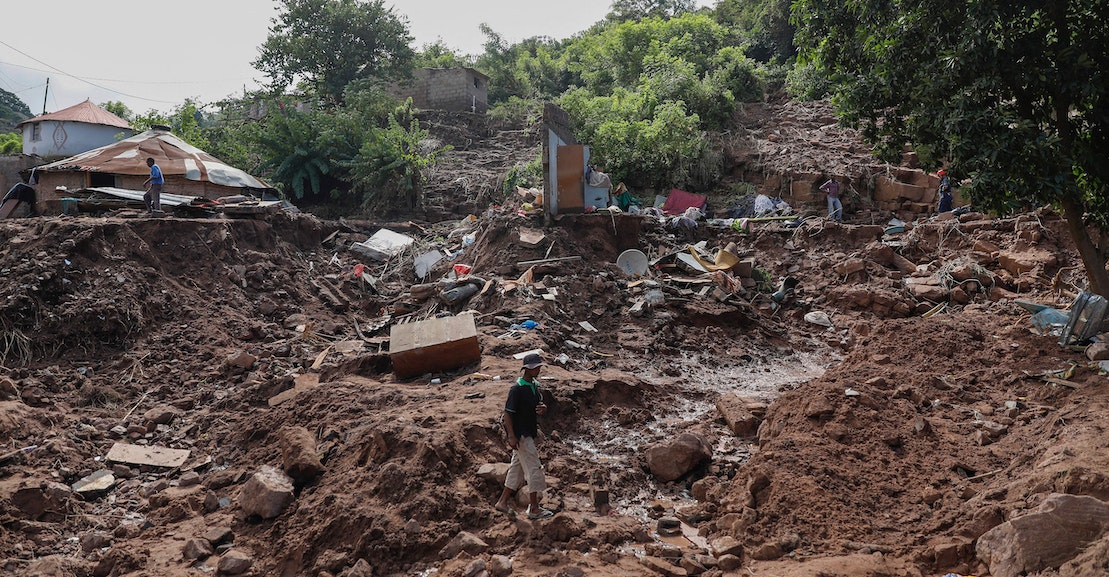 In a warming world, failing to invest in infrastructure will be deadly.

Easter in South Africa traditionally provides locals with their last chance for a sun-soaked autumnal holiday. Tens of thousands of Johannesburgers head to Durban, or “Durbs,” to lie on beaches, take their kids to the aquarium, and eat sinus-clearing crab curries. This year, though, a mere three days before the Good Friday tourist crush, a subtropical depression named Issa dumped 16 inches of rain—half what Durban typically gets in a year—on the city in less than 24 hours.

By coincidence, a friend and I had a research trip scheduled for the week after the floods. We drove past jumbled shipping containers lying strewn alongside the N2 highway. We turned our car around to avoid suburban streets still submerged in shoulder-high mud. We hiked along beaches carpeted with plastic patio chairs, shopping bags, cracked Tupperware containers, and chip packets. Soda bottles and traffic cones bobbed in the nearby waves. Much of the city, including our Airbnb, had no running water. While we were there, South Africa’s state electricity supplier also announced rolling blackouts, citing damage to hydroelectric dams.

Impoverished communities shared information via WhatsApp groups about government water-truck deliveries. Community organizations cleaned up the busiest beaches. In the middle-class suburb of the Bluff, we bought water in well-stocked supermarkets, ate takeout rotis to circumvent the need for electric stoves and dishwashing, and bathed in our host’s swimming pool. In much the same way, during the 2018 Cape Town water crisis, I learned to take 60-second showers and flush the toilet with leftover soapy water.

In a warming world, failing to invest in infrastructure will be deadly.