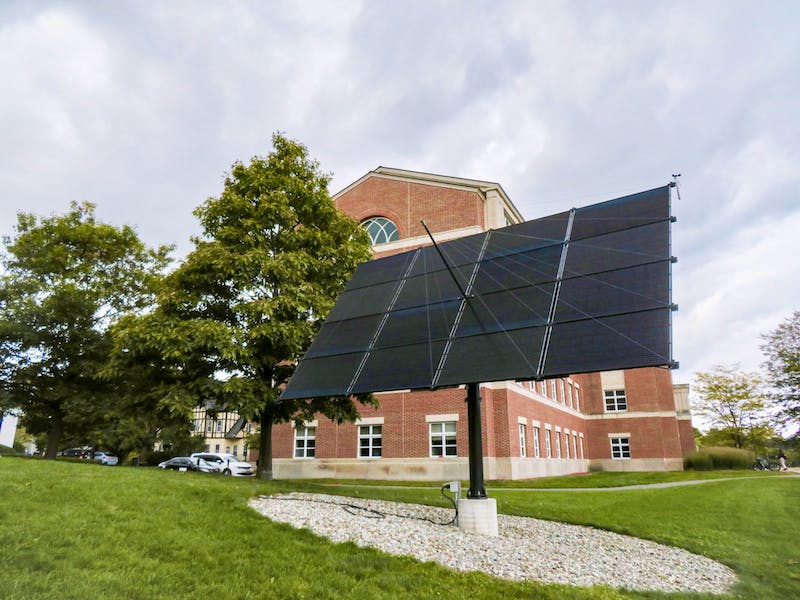 With temperatures in the Upper Valley projected to rise significantly in the coming decades, professors spoke to the local effects on agriculture, snow cover and the health of community members.

On Aug. 6, 2021— eight years after its last report — the Intergovernmental Panel on Climate Change issued its sixth report, a nearly 4,000-page document detailing the state of the global environment. Including over 14,000 cited studies, the 2021 IPCC report is the most comprehensive compilation of climate research to date, according to earth sciences professor Erich Osterberg.

The report addresses the state of the world’s climate, noting that further warming will lead to continuous reductions in the Northern Hemisphere’s snow cover and that the likelihood of extreme events — including heat waves and increasing regional precipitation — is on the rise.

Osterberg, who presented the report’s findings on Tuesday, emphasized that the 2021 IPCC report stands out from previous reports because its new models depict a causal relationship between climate change and natural disasters. In the past, reports had primarily focused on rising global surface temperatures, but lacked the definitive evidence to support a connection between climate change and natural disasters.

According to Sarah Brock, program manager at Vital Communities — a non-profit organization in the Upper Valley dedicated to addressing regional environmental issues — an adequate response to the climate crisis will require large-scale infrastructure change.

For example, geography professor Jonathan Winter explained that on the local scale, Hanover’s current lack of air conditioned buildings could leave vulnerable populations susceptible to heat strokes. In view of this hazard, public spaces like libraries and recreation centers will need to have air-conditioning installed in order to meet community demands, he said.