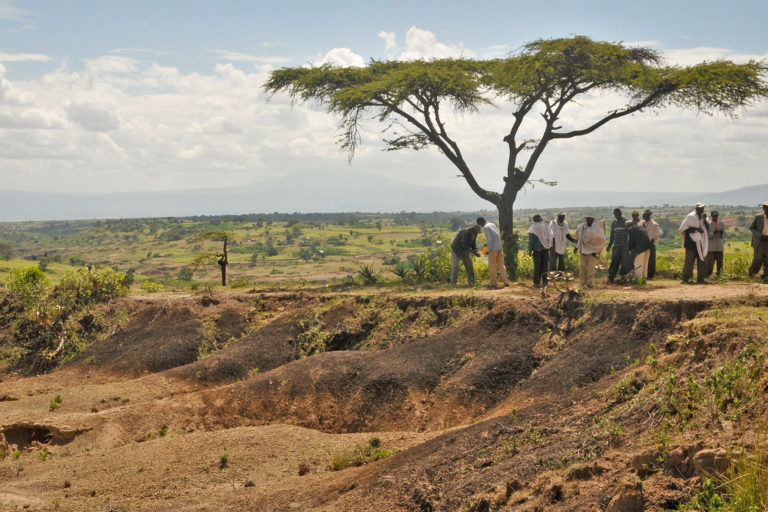 - Fourteen years since the launch of Africa’s Great Green Wall project, only 4% of the 100 million hectares (247 million acres) of land targeted for restoration in the Sahel region has actually been restored.

- Billions of dollars in new funding announced this year have raised hopes that the initiative to combat desertification will gain momentum, but experts and the reality on the ground point to money being far from the only hurdle.

- Funding restoration activities will cost $44 billion, with every dollar invested generating $1.20 in returns, a recent study in Nature Sustainability calculates.

- But experts have echoed concerns captured in the research that conflict and climate change are complicating efforts on the ground, with nearly half of the area identified as viable for restoration falling within the orbit of conflict zones.

At the COP26 climate summit earlier this month, Nigerian President Muhammadu Buhari struck an upbeat note on Africa’s plan to build a Great Green Wall. “With all hands on deck and concerted efforts at land restoration by African leaders, I am optimistic that Africa’s ambition of restoring over 100 million hectares [247 million acres] of degraded landscape for productive agriculture is achievable,” Buhari said during a side event.

The numbers, however, are far from encouraging. In the 14 years since the project was launched, only 4 million hectares (10 million acres) have been brought under restoration, which includes everything from planting trees and stabilizing dunes to terracing farmland. That means that less than a decade from now, by 2030, the 11 countries that are part of the initiative expect to restore more than 95 million hectares (235 million acres) of land.

The initial idea for the GGW was bold but simplistic: a band of trees about 8,000 kilometers long and 8 kilometers wide (5,000 miles by 5 miles), stretching across Africa from east to west.