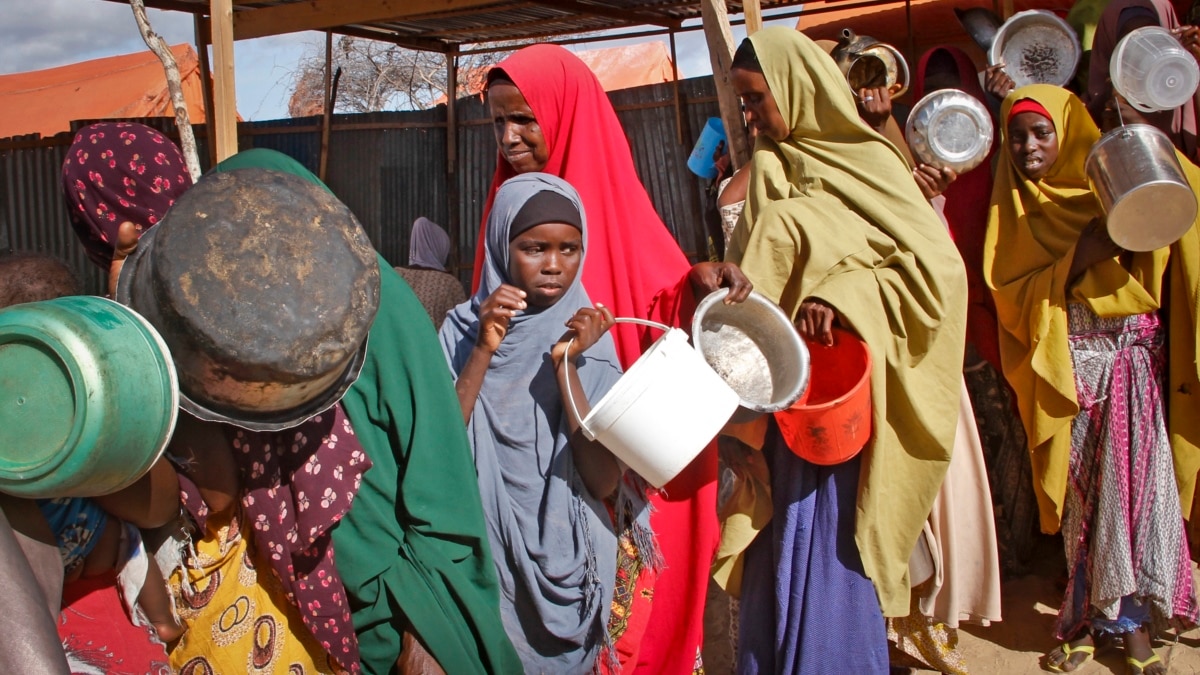 MOGADISHU, SOMALIA —
Climate change-related disasters, such as prolonged drought, floods and locust infestations, have displaced thousands of Somali farmers from their land, threatening food security in the Horn of the African nation.

Somalia contributes less than 0.003% of greenhouse gas emissions into the atmosphere -- but the impact of global warming is evident in the well-being of the country’s herders and farmers.

Fatuma Ibrahim Aden, a mother of eight, is among thousands of farmers currently living in a displaced persons camp in Mogadishu, after her family's livestock succumbed to the escalating drought in Qoryoley in the lower Shabelle region.

She says prolonged drought and lack of water that killed their livestock forced her extended family to the city four months ago. She added that they have not experienced such recurring famine in recent years.

Ibrahim Dagane Ali, a Somali agriculture and resilience specialist, says there is need for new strategies to mitigate the impact of such events on the lives of the farmers.

"Without getting assistance of climate investment and installation of climate smart technologies, it will be difficult. Plus, other issues of environmental conservation, regenerative agriculture, use of renewable energy, all these elements. But above all, we need to educate our people, and to do that it is the sole responsibility of the government to stand up and address this," Ali said.

The Somali government has called upon richer nations emitting most of the greenhouse gases to act swiftly as the COP26 climate conference continues in Glasgow.

“Somalia and other poor countries are paying with their lives and livelihoods for a problem of not our making," said Somalia's Deputy Prime Minister Mahdi Mohamed Gulaid. "It is therefore our loud call to the countries emitting the most to start acting on the issue, especially so now that we know what the problem is, and we know actions needed.”