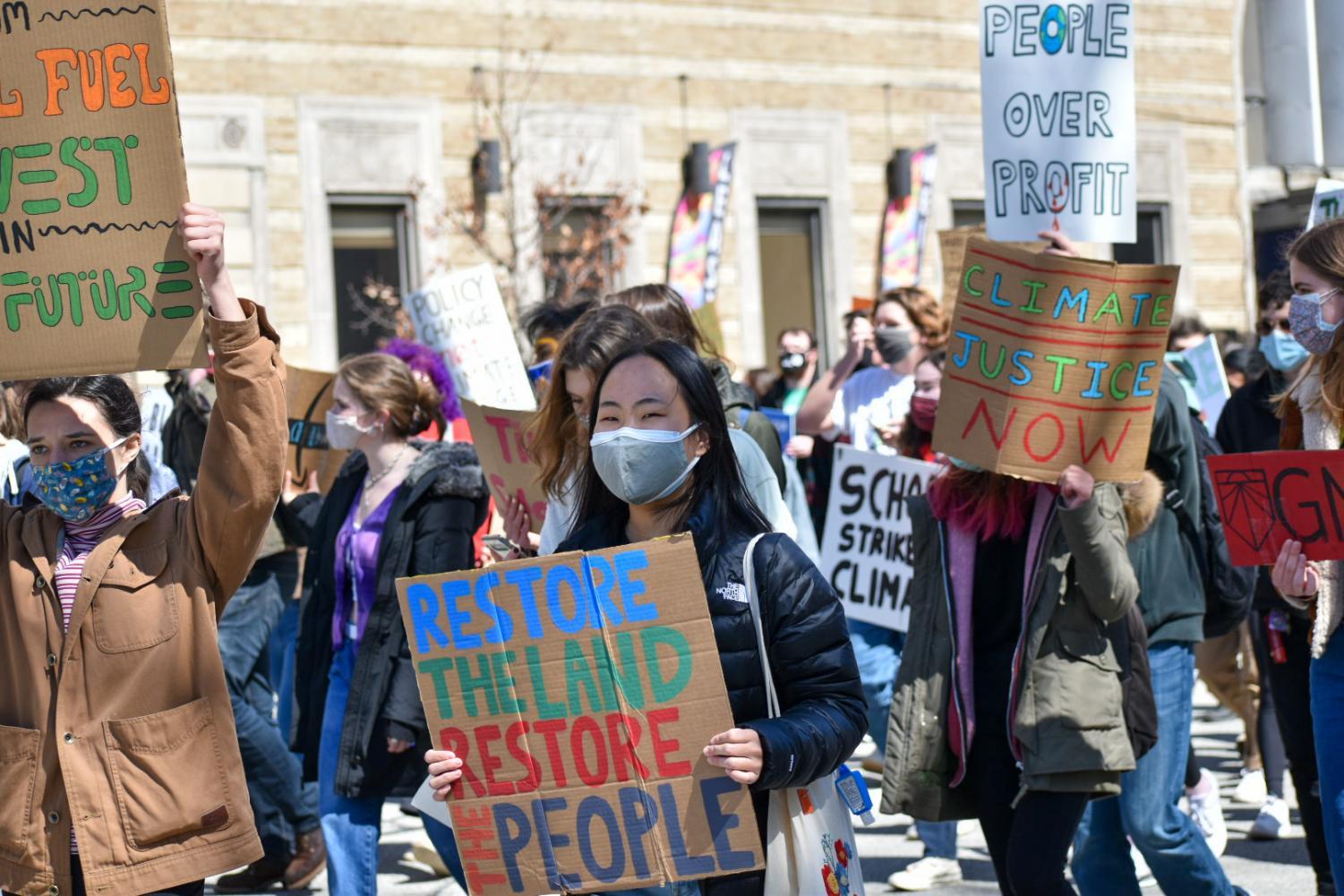 The Climate Strike — which included mostly college- and high school-aged students — started on Friday at about noon at Flagstaff Hill. The protestors then walked through Carnegie Mellon University, on Fifth Avenue toward South Oakland and finally on Forbes Avenue before stopping outside the Cathedral of Learning. Organizers had three primary goals — University divestment from fossil fuels as well as more representation in local government, and that companies immediately convert to green energy or shut down.

Throughout the protest there were numerous speakers — both from Pitt and other local schools — who echoed the rally’s goals and discussed current environmental issues in Pittsburgh. Lauren Posey, a member of FFPC, called the Board of Trustees Ad-hoc Committee on Fossil Fuels a “sham.” The Board formed this committee in June to investigate whether or not the University should divest its $4.3-billion endowment of fossil fuels after years of protests, occupations and presentations from FFPC.