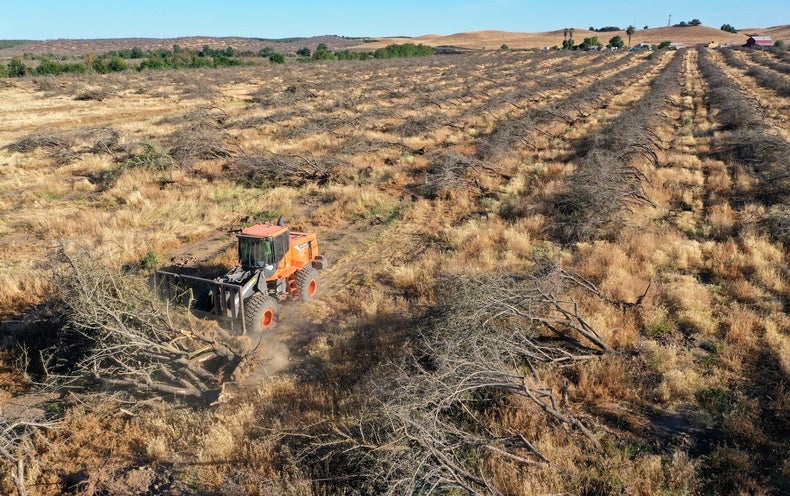 Sweltering temperatures exacerbated by climate change dealt a multibillion-dollar blow to U.S. farmers and the public insurance program that shields them from devastating losses.

Those costs threaten to take a toll on the domestic agriculture sector and American taxpayers, who subsidize the federal insurance program that insulates farmers from financial shocks such as plunging crop prices and yield volatility, according to new research.

A recent study in Environmental Research Letters by Stanford University climate scientists examined global warning's impact on the U.S. crop insurance program, which Congress established in the 1930s to revive domestic agriculture in the wake of the Dust Bowl.

The findings were stark.

Climate-fueled temperature increases generated an estimated $27 billion in insurance payments to farmers between 1991 and 2017, the study found. Those losses accounted for nearly 20% of the program's total payouts over that period.

And those numbers are expected to rise as climate change intensifies.

“This is further evidence that global warming is impacting people and ecosystems already, and it’s further evidence that [climate change] is having financial costs that are in the billions,” said Noah Diffenbaugh, a professor of earth system science at Stanford.
“And that’s important for understanding climate change, understanding climate risks and ... for evaluating the value of both mitigation and adaptation actions,” .

Using temperature records and Department of Agriculture data on crop insurance payments, or indemnities, the researchers examined the relationship between insurance losses and temperature variations at the county level during all 26 growing seasons. Then, using climate model simulations, they calculated the insurance losses that would have occurred in a hypothetical scenario — also known as “counterfactual” — in which global warming didn’t exist.