Back to Articles | « Previous | Next »
Home » As wildfires worsen, firefighters are on the front lines of climate change

As wildfires worsen, firefighters are on the front lines of climate change 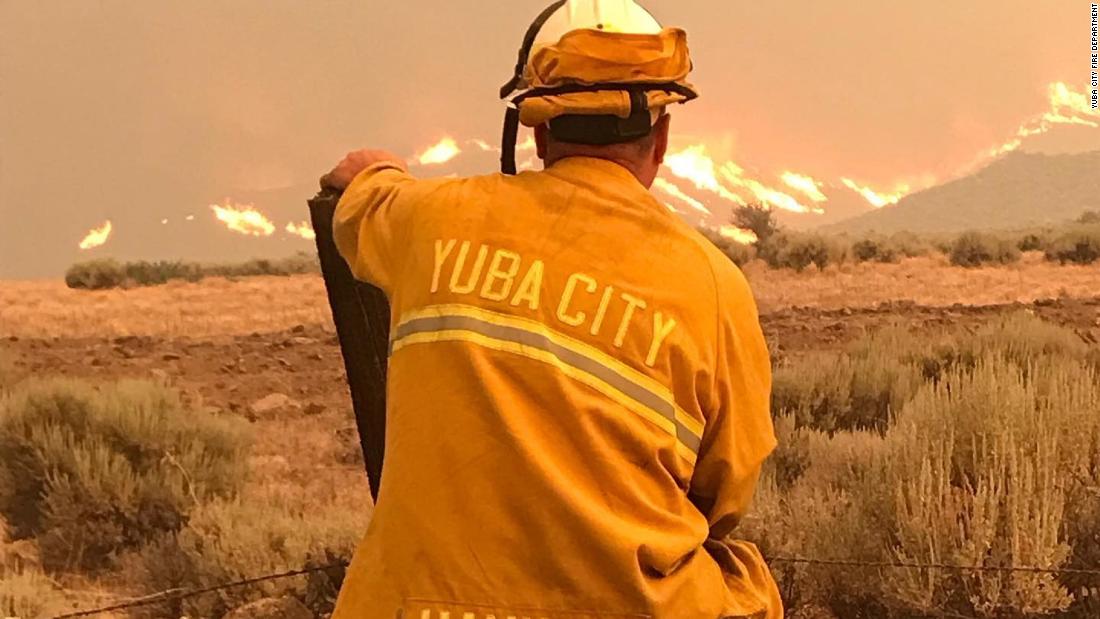 As wildfires worsen, firefighters are on the front lines of climate change

(CNN)Firefighters in the West have witnessed loss beyond measure and are yet again gearing up for another devastating fire season, especially in California.

Jesse Alexander, the chief for the Yuba City Fire Department in California, and his crew have been on the front lines of some of the most destructive California wildfires in history, including the Camp Fire in 2018, which killed 85 people and devastated the town of Paradise. And he says now the fire is really hitting close to home.

"During the Camp Fire, I looked across at guys who live in Paradise, not knowing if their house is there," said Alexander. "It's completely different when you are fighting a fire in your own community. We are used to seeing destruction, but when it's in your own backyard, it makes such a significant impact."

So far this year, California has seen three times the acres burned compared to last year's record-breaking fire season. California is currently in its 11th driest year on record, and has already broken over 1,500 daily high temperature records this year -- 17 of those were all-time high temperatures. Eleven of the last 15 most destructive fires in California history occurred in the last five years.

Last week, Alexander's department was split between fighting the Dixie Fire and the Tamarack Fire.

The blaze has now reached "megafire" status as it has burned over 160,000 acres. It's burning the same region that the Chips Fire scorched in 2012.

Alexander said he sees that climate change is having an impact on the way wildfires behave, and he's concerned about the safety of his crew.

"Conditions are definitely changing. You are seeing these erratic fire events happen more frequently," he said.