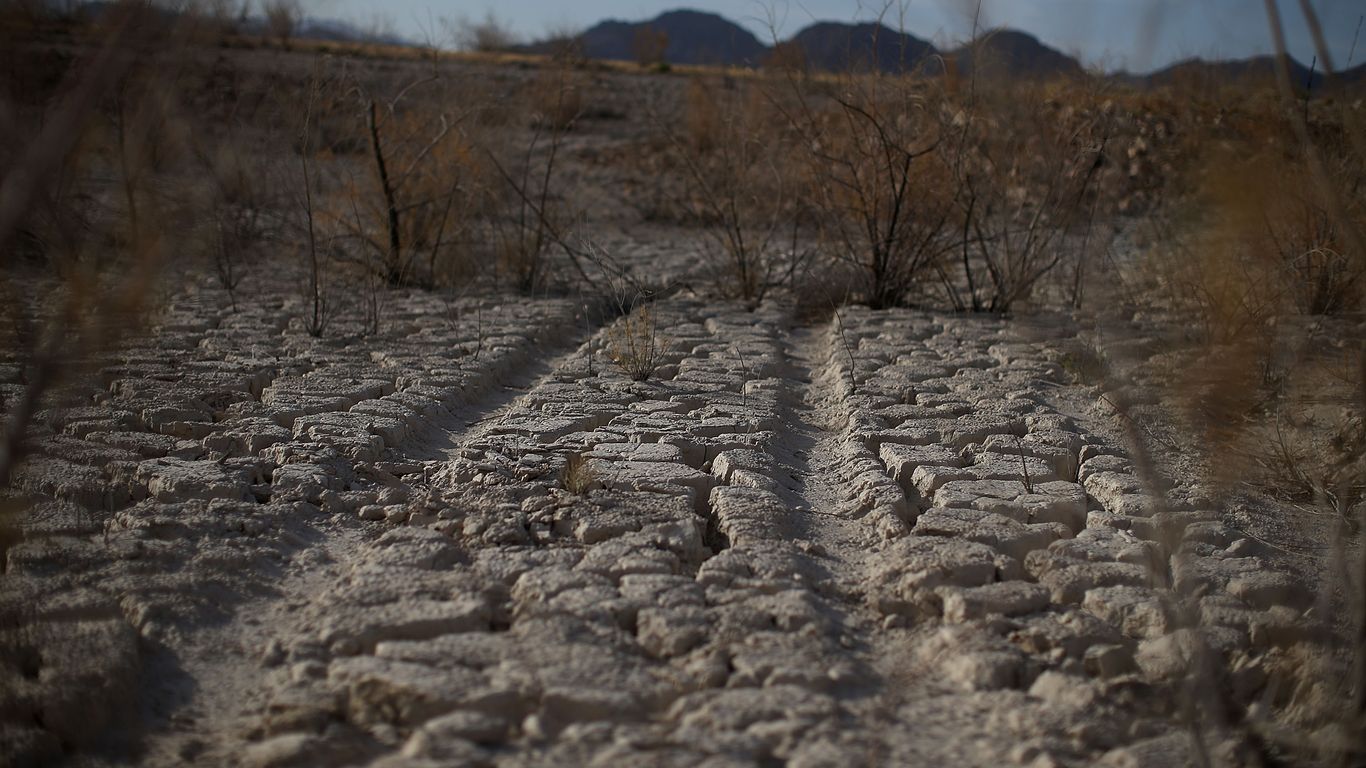 The American West is in the midst of a punishing drought, and long-term conditions are only expected to get worse.

Why it matters: Much of the West has a deep history of decades-long "megadroughts" — and that was before the added drying effects of climate change. But with population in the region projected to continue growing, both water demand and carbon emissions risk an arid future for the West.

By the numbers: According to the U.S. Drought Monitor, nearly 40% of the West is currently in a state of extreme or exceptional drought, the two most severe categories, and barely 10% of the region is altogether drought-free.

-The current drought began last year, which was the driest on record for Utah and Nevada, and among the driest for states like Colorado.

-"By intensity, it would be about as bad as the U.S. Drought Monitor has shown in the last 20 years," climatologist Brian Fuchs of the National Drought Mitigation Center told USA Today recently.

-And conditions aren't likely to improve in the near future given the ongoing contributions of climate change. NOAA's most recent Seasonal Drought Outlook predicts persistent dryness west of the Rockies, save for the Pacific Northwest, with drought affecting 74 million Americans.

Where it stands: The driest parts of the American West are already in the grips of a "megadrought," defined as a prolonged drought lasting two or more decades.

The ongoing drought is the result both of reduced precipitation, including less of the winter snowfall that replenishes water reserves, and punishingly high temperatures, which strips the soil of moisture.